A brief history of all the mascots that wore the nabeyaki ramen hat!

~ Over the last few years, Japanese mascots have become very popular. All have their own personality and their own character. Here is a brief summary of all the mascots who wore the infamous nabeyaki ramen hat ~
First there is
The official mascot of Susaki, Kochi
Shinjo-kun 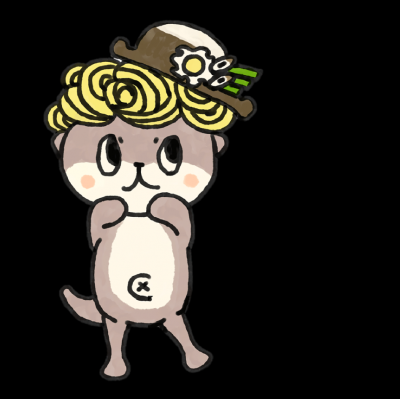 An otter mascot with his otterly adorable belly button!!
He loves to watch animes!
Then
The mascot that won the first place at the Yuruchara Grand Prix contest 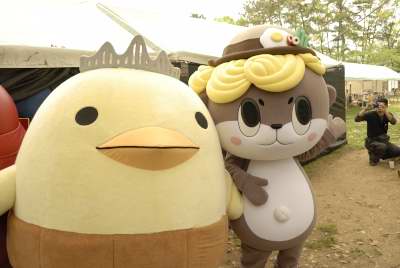 Mascot coming from Imabari, a city famous for its yakitori... 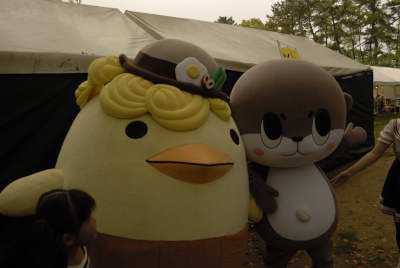 Nabeyaki Bari-san!!
He wears a crown inspired by the Kurushima-Kaikyo Bridge and a towel haramaki!!
And then
The super cute mascot 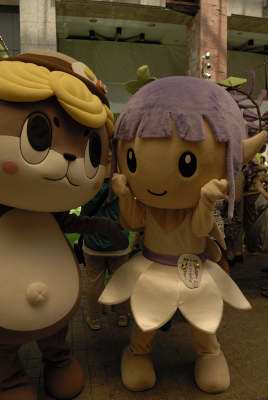 That recently figured in the commercial for the Jurokucha tea 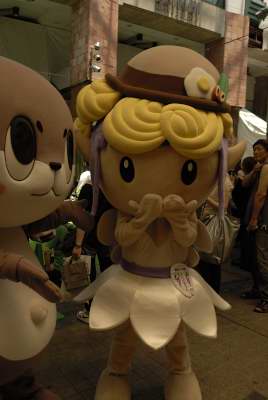 Nabeyaki Fujikko-chan!!
Faerie born from a "Fuji" flower, in Ishii,
she is recognizable by her double tail and her wings that can fly her anywhere!
Next...
The mascot of that very famous plate coming from Kagawa prefecture, 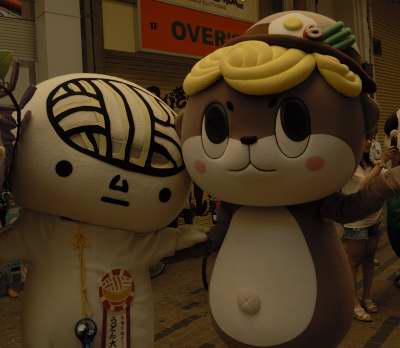 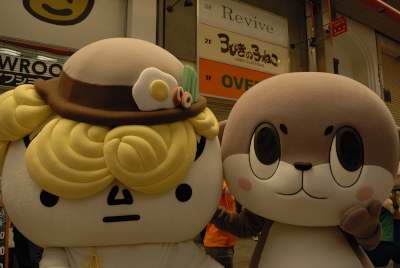 Nabeyaki Ramen-Nou-chan!!!!!
His white body and udon brain makes him fa-bu-lous!!
Next...
The mascot of Tokiwagai, Takamatsu, in the prefecture of Kagawa, 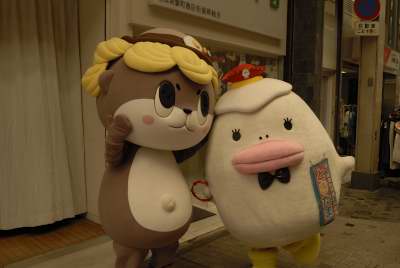 very handsome lad amongst the egg community...
The super cute... 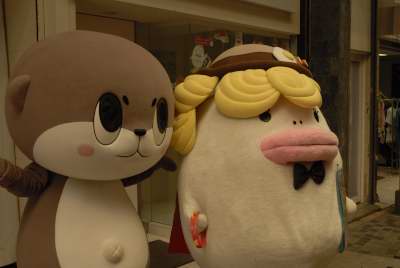 Nabeyaki Tokitama-chan!!!!!!!
Actually that picture was taken during his birthday party!!
And last but not least...
The mascot that represents the famous Marugame "Honetsukidori" chicken ... 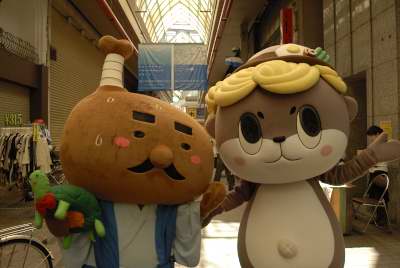 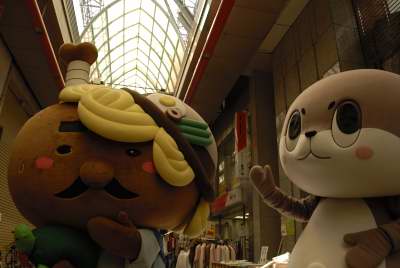 [Shinjo-kun, Susaki's crazy mascot] Reconstitution of the scene of the otter on a waterslide!

~ Implementation of the plan to do anything to stand out "Shinjo-kun Susaki's crazy mascot". ...

~ Shinjo-kun, travelling around looking for his extinct Japanese River Otter friends.       But ...