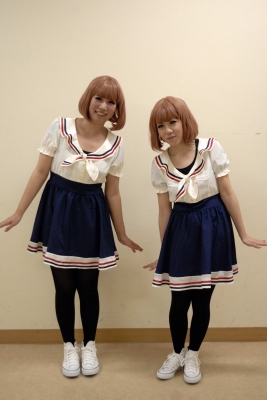 Heyyy! We are "Suu-chan" and "Saki-chan"!
We were just born! We are the Shinjo River faeries!
The Shinjo River is a river in Susaki!
It’s water is limpid!
It is also the last place where a Japanese River Otter, which is now considered as extinct, has been seen.
Today, the weather is nice, so let’s go and find an otter ! 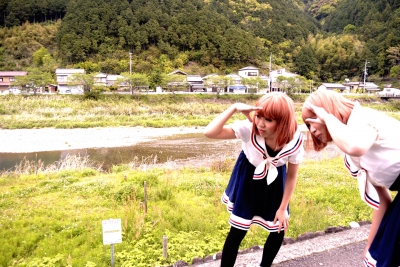 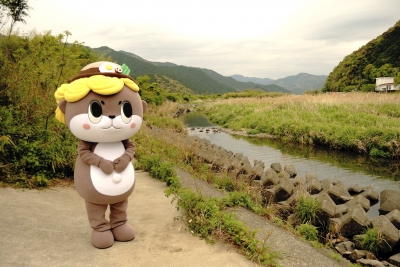 A JAPANESE RIVER OTTER!
To be continued...

~ Implementation of the plan to do anything to stand out "Shinjo-kun Susaki's crazy masc ...